Did you know that of every three available pineapples Costa Rica produces two? 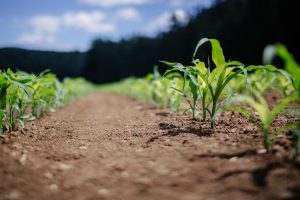 Pineapple, Costa Rica, and environmental degradation inter-relate a lot. Despite being the largest exporter of pineapple to Europe, Costa Rican Pineapple industry suffers from serious issues.

The delicious pineapple you get on your table by paying a few dollars is not worth just a few dollars. International organizations and union members highlighted Costa Rica several times for not following healthy practices.

This article will talk about the pineapple, Costa Rica’s pineapple industry, and workers. We will look into why Costa Rican pineapple farmworkers live below the edge despite exporting 40% of world pineapples.

Latin America fulfils the majority of pineapple demand globally.  Costa Rica produces 84% of the total pineapple sold in the world market. Del Monte and Dole, collectively known as Pineapple Development Corporation, is the market leader in the pineapple market.

Both of these companies are United States-based companies. They hold ¾ share of pineapple production in Costa Rica. Since the giants share the major share of profit from pineapple exports, the farmworkers get only 4% of the value.

On one side, pineapple Costa Rica got famous due to its golden colour and sweet taste.

At the same time, the unhealthy practices for increasing yield, poor working conditions of farmworkers, and the social and environmental impact of pesticides brought Costa Rica negative.

Let’s discuss the negative impact of the pineapple plantations in Costa Rica.

The migrated labour from Nicaragua faces adverse working conditions in the pineapple Costa Rica industry. About 70% of labour in Costa Rica has migrated from neighbouring Nicaragua. They live under the fear of getting deported, and the pineapple producers exploit the situation very well. The farm workers work for long hours, get underpaid, have no access to trade unions.

The pineapple Costa Rica industry has suffered from poverty wages due to the hold of large producers. A lot of migrants don’t have visas and official permission to work in Nicaragua. Above that, most pineapple producers pay $84 per week for 80 hours of working. This shows the ignorance of large farm producers toward labour who brings success to the pineapple industry.

As we talked earlier that most workers are migrants having no official permission to work. As a result, they cannot claim any labour rights for Costa Ricans’ labour. They get wages as low that are not enough to meet minimum living costs.

The labour community faces yet another problem of gender bias in the pineapple Costa Rica industry. The farm producers prefer hiring men workers over females. They don’t hire women due to the relatively high costs of hiring them. For instance, the employer will pay pregnancy pay as an additional cost of hiring a female worker.

Fortunately, a new series of problems appear if a woman gets the job to work in pineapple farms. The female farmworkers have to work long hours. Besides, they have to fight with working conditions, low wages than male workers, etc. Women workers report getting fired from the job if they become pregnant. Besides, they have no time to feed their family and look after the house due to long working hours.

Suppose a farmworker joins a trade union or labour union. In that case, it becomes his crime in the pineapple Costa Rica industry.

Due to discriminatory attitude toward union members, rarely, a farmworker joins any union. The employer uses different ways to fire union members from jobs, put them on ‘blacklists,’ etc.

Extensive Use Of Pesticides In Pineapple Costa Rica

Demand for Costa Rica pineapples is high due to which country has dedicated 58000 hectares of farms for pineapple farming. The high demand for pineapples leads to the abundant use of pesticides and chemicals used to kill insects.

According to some estimates, Costa Rica uses 25 kg per hectare pesticides for farming the land. Costa Rica became highlighted for the uncontrolled use of chemicals on agricultural land. The government had insured to regulate the use of pesticides, but the sufferings of locals include:

El Milano always remained affected by the use of chemicals in pineapple farms. In 2003, the drinking water resources of the area became heavily polluted due to chemicals. Unfortunately, the local people have to rely on government water tanks for drinking water. People still drink tap water contaminated with pollutants when the tank does not come.

Drinking polluted water resulted in more people getting hospitalized. Another great threat to social and environmental health is traces of chemicals in farm produce. Costa Rica’s 65% of plantations contain traces of pesticides, as reported.

Just imagine that large producers use 50 different chemicals for farming the land.

The Pineapple Costa Rica industry raises environmental concerns for the health of locals, workers, and surrounding populations. The workers get exposure of around 6 hours per day to the dangerous chemical. 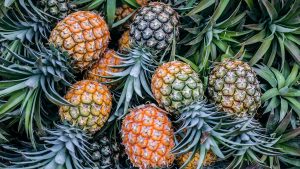 Pineapple producing companies must consider environmental degradation by soil erosion, forest cutting, and water pollution. Growing the same crop again and again negatively impacts soil fertility. Furthermore, the expansion of pineapple farms due to high demand resulted in the cutting of forests. It destroys the natural habitat for several species. The water supplies get polluted by the use of pesticides in pineapple farming.

Besides the social and environmental effects, sloths species suffer from the use of chemicals. Baby sloths have more abnormalities and birth defects due to the chemicals. Many of the sloths die after few weeks of birth. Those of survive cannot be restored to live in natural habitats.

Mantled howler monkeys species suffered from the use of chemicals in the pineapple Costa Rica industry. As a result, species found in the area of high pesticide use have yellow spots on their bodies. They eat leaves that contain sulfur from pesticides. In other words, the use of pesticides impacts the whole environment to cause permanent damages.

The human and environmental impact of the pineapple Costa Rica industry needs to be controlled. As consumers of sweet pineapples, we need to become more responsible toward local citizens and wildlife concerns. 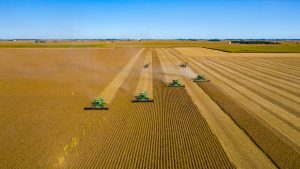 Fortunately, the government of Costa Rica showed concern toward environmental and health concerns. Therefore, the government is taking promising steps to ensure that the wildlife, humans, and natural resources do not get hurt by the pineapple Costa Rica industry.

Besides, International institutions also encouraged the country’s farm producers to adopt green and healthy growing methods. We hope to get sweet pineapples, not at the cost of the lives of Costa Ricans people.